Book Direct with the Owner at Middle Park Hotel in Middle Park with Accommodation Whitsundays for all your restaurant and entertainment needs.

Just across the road from the Albert Park Grand Prix racetrack is the Gunn Island Hotel, one of Melbourne's most exciting pubs.

The hotel formerly know as the Middle Park Hotel was opened as the Gunn Island Hotel in November 2001 after being closed for five months for an extensive refurbishment.

Gunn Island The new establishment was built around a micro brewery which became inactive in November last year in order for the hotel to concentrate on a stronger all round food and beverage offer. With an extensive range of tap and bottled beers, an impressive pub wine list, the talented Brendan Jones in the kitchen and very attractive surroundings, there's a very good chance you'll have a very nice time... 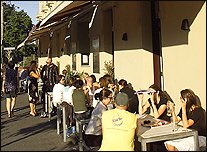 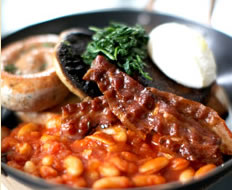 Accommodation Whitsundays welcomes Middle Park Hotel in Middle Park VIC 3206, we provide a friendly relaxing restaurant and bar. Middle Park Hotel is a great place to unwind with a cold drink, an ideal place to watch and forget about the hustle and bustle while you enjoy a freshly brewed coffee or a snack from our affordable specials menu.

Is Middle Park Hotel in Middle Park your property on Accommodation Whitsundays, please claim your listing and subscribe to update your contact details and receive your phone calls and emails from your clients.